For this Challenge, we are doing it together with all the other finalist on the spot. I’m partnered with vivien. We have 2 cafes that we have to go and explore on what they have. So, read up what me and my partner have for you guys!

Food Anatomy is all about culinary design and food plating in what may seem to be an unorthodox fashion. You may recognise this joint from Timbre+. It’s the same brand except this is its first stand alone outlet.


Located at Tanjong Pagar Centre. You will find colourful layers of deconstructed local delights in “cake” form. Selecting from a selection of different cube dishes on display, you get to assemble your very own meals based on their likings. 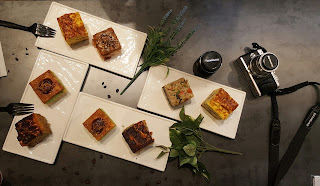 Food with such a class usually carries a hefty price tag, but the cubes here are actually sold at surprisingly affordable prices. We had to try the Nasi Lemak. Constructed with otah, egg and pandan coconut rice, each layer blended so well together. The finishing touches of sambal chilli and ikan bilis made the savoury treat all the more sedap and fragrant.


The concept behind Food Anatomy is incredibly innovative. I don’t think I’ve ever had local food in the form of cubes before so this was certainly a first. 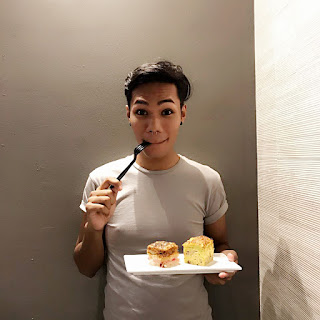 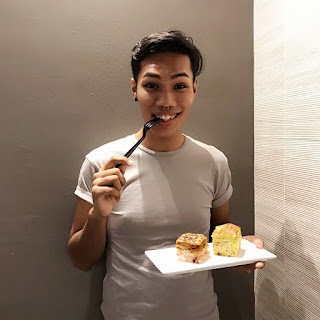 After making its appearance in the popular Korean TV drama series, “Descendents of the Sun (D.O.T.S)“, the popular Korean cafe chain – dal.komm COFFEE has finally arrived at our shores, with it’s first flagship outlet opening at The Centrepoint on 3 December 2016 in Singapore and aims to be a trendy hangout in town with the integration of music as a core theme in its lifestyle cafe concept. The cafe is well-known for being the cafe where the hit drama Descendants of the Sun and Goblin filmed some of their scenes in South Korea, however they should also be known for their delicious drinks! With over 160 outlets across South Korea, Malaysia and Singapore, the coffee chain hopes to be the hangout spot for music lovers. 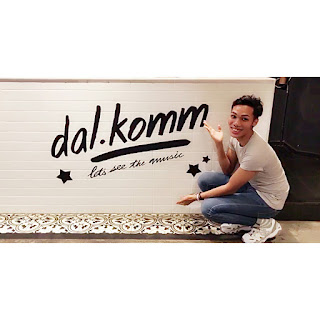 Fans of K-drama Descendants of the Sun will be thrilled to see the brand’s iconic plushies which were also featured on the show itself! Don’t forget to snap a picture with them, or even buy them home if you’re a big fan of the drama!
Spotting a rather industrial vibe with the use of warm lighting, the cafe feels rather inviting and sets the tone for relaxing time ahead. I must say that the music theme of the cafe really shines through with the placement of speakers, gallery frames and musical-themed ornaments. 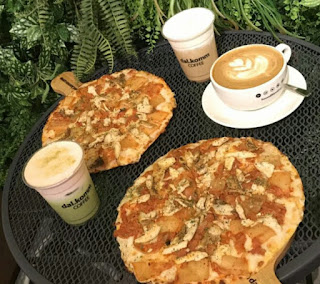 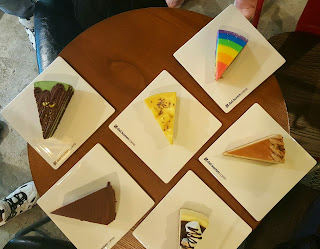 An interesting thing to note is that all the furniture in the cafe is custom-made for dal.komm COFFEE with even the feature wall being built with imported bricks that have been salvaged from old houses in Korea. The 120 seater cafe which occupies 3,000 square feet of space will not just be filled with tables and chairs. Fans of the Descendants of the Sun series will definitely recognise the brand’s two iconic plushies.


What’s a cafe without a selection of savouries and pastries to chose from right? 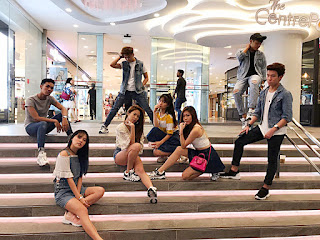 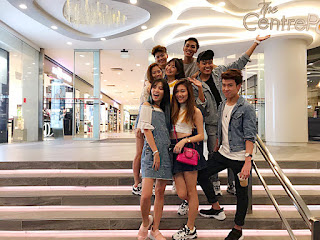 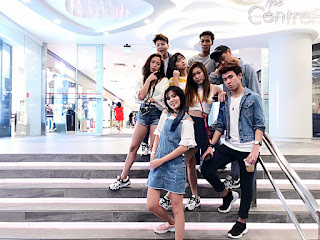 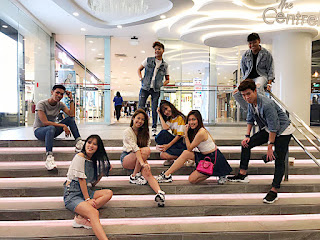 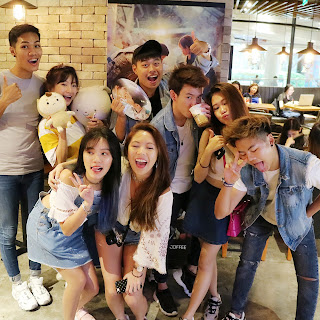 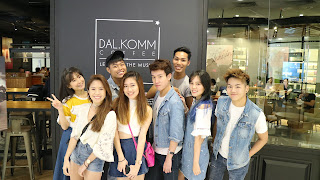